Changing the way providers treat lower back pain has the potential to make a difference in overall opioid use, given that 59 percent of U.S. adults prescribed opioids reported having back pain, according to a 2008 study in the Journal of Pain and Symptom Management. END_OF_DOCUMENT_TOKEN_TO_BE_REPLACED

As scientists and policymakers around the country have struggled to come up with strategies for this societal catastrophe, new research out of Dartmouth College lends support to treatment options endorsed by nearly every major health agency in the country. Upon reconsideration of the treatment of pain, the CDC, Joint Commission, FDA, Institute of Medicine, American College of Physicians and the Canadian government have all adopted new standards calling for non-pharmacologic methods as a “first-line” approach. Last month, The Lancet, one of the world’s most prestigious medical journals, called for non-drug therapies first in its comprehensive study on lower back pain. END_OF_DOCUMENT_TOKEN_TO_BE_REPLACED

PROVIDENCE, RI. – Gov. Gina Raimondo has signed
into law legislation that would require insurers to
cover non-opioid based chiropractic and
osteopathic treatments for pain for people with
substance-use disorders. END_OF_DOCUMENT_TOKEN_TO_BE_REPLACED

Charleston, WV, April 10, 2018 – On March 27, 2018 – West Virginia Governor Jim Justice signed Senate Bill 273, “Reducing Use of Certain Prescription Drugs” into law effective June 7, 2018. The purpose of Senate Bill 273 is to reduce the overuse of prescriptions of opioids and create a method to provide alternative treatment plans rather than prescribing. Senate Bill 273 benefits the Chiropractic profession in West Virginia and provides for Doctors of Chiropractic to treat pain while decreasing the amount of prescriptions in our state. END_OF_DOCUMENT_TOKEN_TO_BE_REPLACED 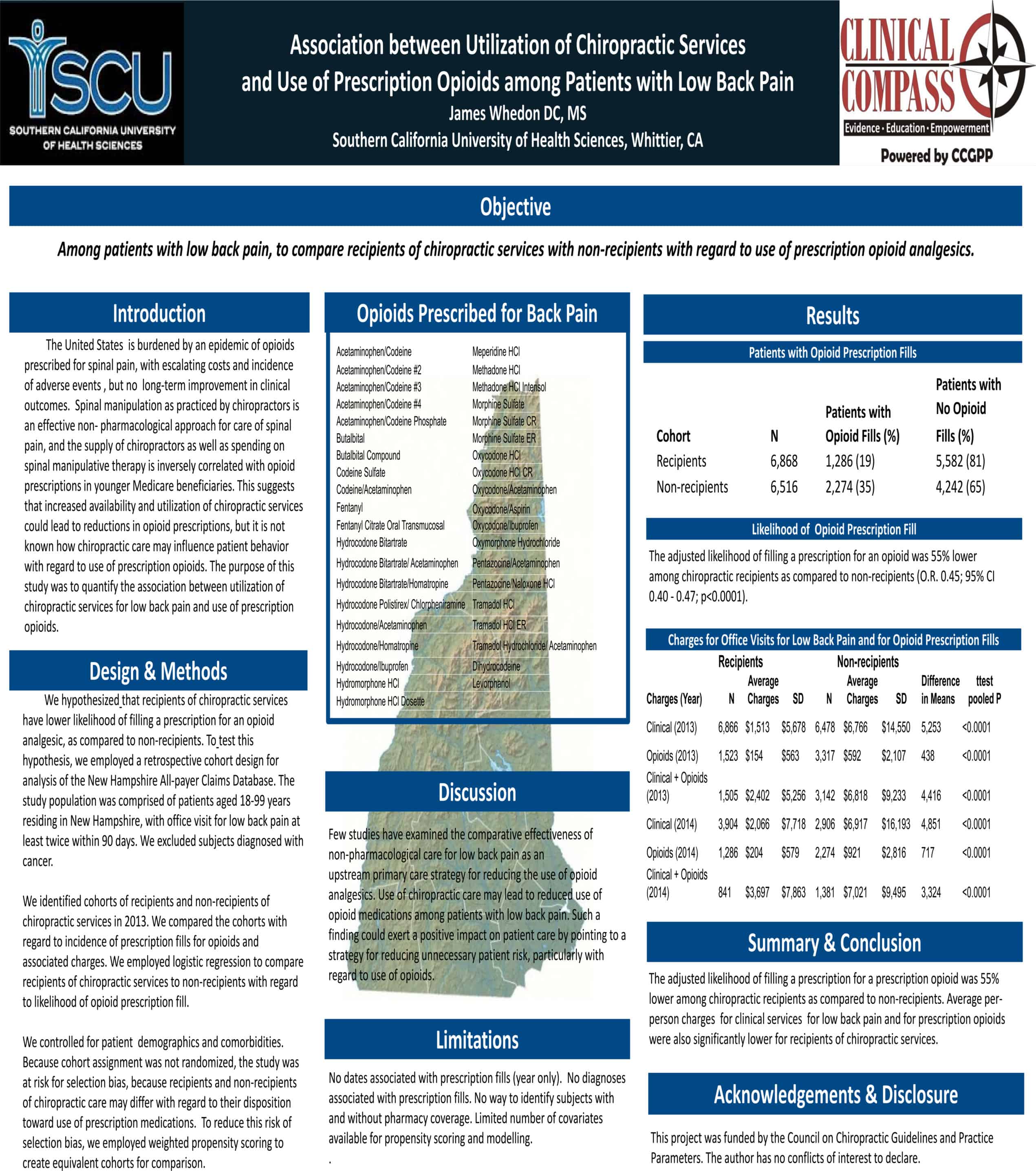 J Altern Complement Med. 2018 Feb 22. doi: 10.1089/acm.2017.0131. [Epub ahead of print]
Association Between Utilization of Chiropractic Services for Treatment of Low-Back Pain and Use of Prescription Opioids.
Whedon JM1, Toler AWJ1, Goehl JM2, Kazal LA2.
Author information
Abstract
OBJECTIVE:
Pain relief resulting from services delivered by doctors of chiropractic may allow patients to use lower or less frequent doses of opioids, leading to reduced risk of adverse effects. The objective of this investigation was to evaluate the association between utilization of chiropractic services and the use of prescription opioid medications. END_OF_DOCUMENT_TOKEN_TO_BE_REPLACED