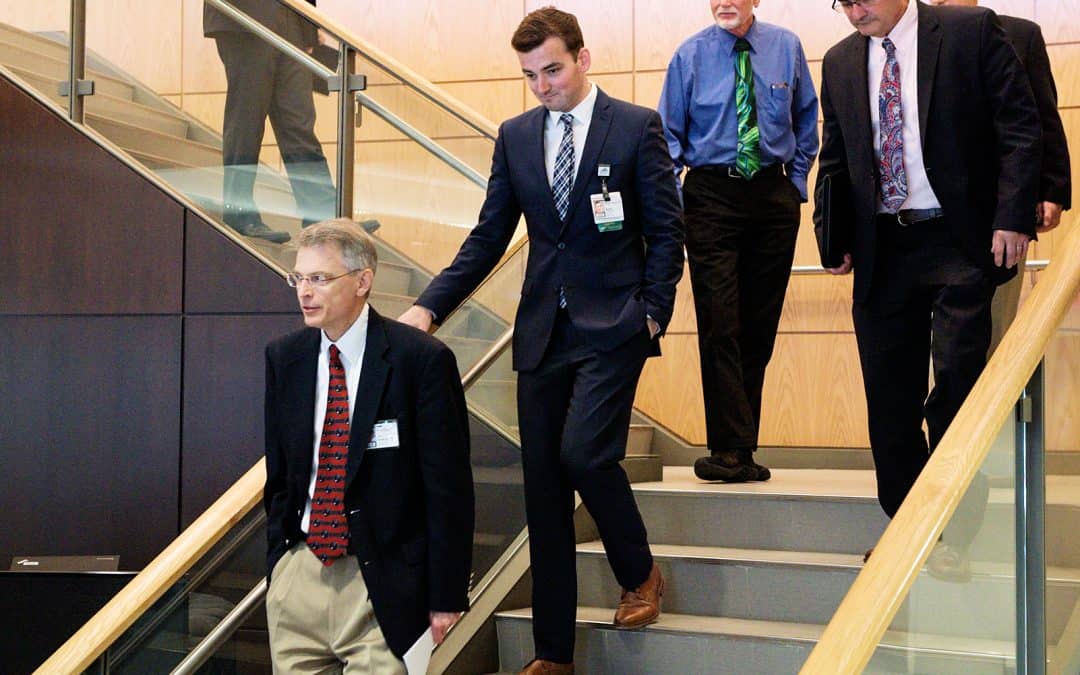 Changing the way providers treat lower back pain has the potential to make a difference in overall opioid use, given that 59 percent of U.S. adults prescribed opioids reported having back pain, according to a 2008 study in the Journal of Pain and Symptom Management.

The study’s authors — James Whedon, director of health services research at the Southern California University of Health Sciences; Andrew Toler, an epidemiologist formerly of the Dartmouth Institute for Health Policy & Clinical Practice; Justin Goehl, a D-H chiropractor and Geisel clinical assistant professor; and Dr. Louis Kazal, a D-H family medicine doctor and a Geisel associate professor — conducted their study using insurance claims data for New Hampshire adults enrolled in a health plan for 2013 and 2014, with at least two clinical office visits within 90 days for a primary diagnosis of lower back pain in 2013. They excluded patients with a diagnosis of cancer in 2013 or 2014.

At the same time, however, the authors found that the cost per person in 2013 for filling opioid prescriptions for those who received chiropractic care was 74 percent lower than for the patients who didn’t see a chiropractor.

“Recipients of services provided by doctors of chiropractic may differ from nonrecipients with regard to beliefs, attitudes, and predisposition to use prescription medications,” the authors wrote in the study.

It’s also unclear what element of the treatment offered by chiropractors — spinal manipulation or recommendations about diet and exercise, for example — might make the difference.

But Whedon said the remaining unknowns should not prevent providers from expanding access to chiropractic care.

“It’s a possible partial solution to the opioid crisis,” he said. “The data points to that possibility. We can’t always wait for conclusive causal evidence nailed down by gold-standard clinical trials in order to explore alternatives to what we’ve got.”

The reasons it hasn’t been totally integrated into the health system have more to do with culture and sociology, he said.

“If therapies are effective and safe patients and patients want them, they should have access to them,” he said.

Informed by research like the recent study, Mark Stagnone, president of the New Hampshire Chiropractic Association who also attended Tuesday’s meeting in Lebanon, said he hopes insurers may be convinced to expand coverage of chiropractic care and other therapies such as acupuncture and massage that may also help to reduce opioid use.

“I’ve known my entire (32-year) career that chiropractic is a great means for people to become well without the use of any drugs really,” said Stagnone, who practices in Londonderry, N.H.

It’s only now that the state and the country are in the midst of an opioid epidemic that a broader audience has started to take notice, he said.

Even when health insurance does cover chiropractic treatment, Stagnone said the co-pays — which can be as high as $60 per visit — can discourage patients from using it.

“There’s a bias that exists,” he said. “We’re just trying to get that bias removed.”

Over the past year and a half, D-H has added a chiropractor to its primary care clinic on Heater Road, said Kazal, one of the study’s authors. In that role, Goehl, another author, has become part of the care team, working in conjunction with doctors, nurse practitioners and physician assistants.

“This is giving us more options,” Kazal said.

When Goehl works with patients, other providers can observe his techniques and their effects.

Even so, to keep the books balanced and ensure that Goehl’s services continue to be available to patients, Kazal said he hopes to convince insurers to cover chiropractic care at a sufficient rate.

“Things are always limited by access that’s determined by insurance and reimbursement,” Kazal said. “…One of the hopes with this paper and what’s happened today is that we can change that.”

Nora Doyle-Burr can be reached at ndoyleburr@vnews.com or 603-727-3213. This article was republished with permission from Valley News. The article is originally posted here.